Czech Republic is Central European country for which is nicknamed as the Heart of Europe. Czech beautiful cities and landscapes are as rich as the history that comes with them. No wonder that you can find 12 UNESCO heritage sites in this stunning country.

Czech Republic borders with four countries: Germany, Austria, Poland and Slovakia, which was part of Czechoslovakia before it split up in 1993. It has area of 78 886 km2 and population of 10,2mil. Czech Republic has mountain ranges along borders with every neighbour and highest peak is Sněžka with 1602m in Krkonoše. This conditions result in huge popularity of skiing and winter sports among Czechs. The country has three traditional territories Bohemia, Moravia and Silesia but administratively it has 14 regions. The capital city is well-known Prague which is considered to be one of the most beautiful cities in the world. Other large cities are Brno, Ostrava and Pilsen, which is famous for the beer industry. In fact it has given name for the pilsner. 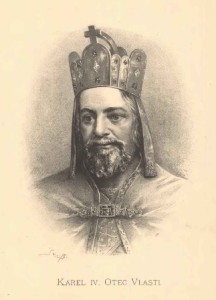 History of Czech lands dates back to the 9th century when Great Moravian Empire emerged from Slavic tribes. After collapse of Great Moravia in year 907 the centre of progress moved to Bohemia and Prague began to flourish. During the reign of Charles IV. in 14th century the Czech lands experienced great growth and many gothic and renaissance sights where built thanks to this king and Roman emperor. From 1526 House of Habsburg began to rule the country till the end of 1st World War. On 28th October 1918 the Czechoslovakia was established and was one of the most advanced countries in the world. Dark times started in 1938 when Hitler claimed Sudetenland and short after the whole country as Protectorate of Bohemia and Moravia. After the war Communist Party took over government and for 40 years stayed in charge of everything. Rule of this Party ended with Velvet Revolution in 1989 and modern history of Czech Republic started. Soon after that Czechs and Slovaks split up in 1993. Today Czech Republic is modern advanced country with focus on automobile and, of course, beer industry.

„In 1991 Czechoslovakia ratified the Convention Concerning the Protection of the World Cultural and Natural Heritage and since then a total of twelve sites in the Czech Republic have been inscribed in the World Heritage List.“ (czech-unesco.org)

Cheap flight to Czech republic you can find here!