Czech Bábovka or Marble cake is typical sweet bakery product. Many people remember the time when they were children and there was always a marble cake on their grandmother’s kitchen table. Most people prepare a two-coloured cake with dark and light parts, hence the term marble cake. You can add a lot of ingredients into the dough to make your marble cake unique, e.g. raisins, candied, chocolate or nuts. Marble cake is baked in a special form with a hole in the middle and it is decorated by sprinkling with powder sugar.

Bublanina is a classic sponge cake baked during summer season. Mainly during season of cherries, strawberries and other berries. You can say that this sponge cake can be made with almost every fruit from people’s gardens – cherry, plums, strawberries, raspberries, peaches and so on. It’s fluffy and ideal with your afternoon tea or coffee.

Apple strudel is traditional Czech pastry that have its origin in Austrian cuisine. It’s very popular dessert in Czech cuisine and across Central Europe thanks to history of Austro-Hungarian Empire. Apple strudel is quite easy to prepare thanks to the option of buying prepared pastry dough. However old-fashioned people still make their own dough.

Medovník is traditional Czech honey cake. Honey is its integral ingredient and thank to its attributes provides long durability. Medovník is very popular dessert in Czech restaurants and sometimes presented as birthday cake. 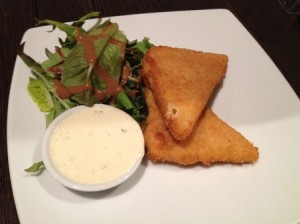 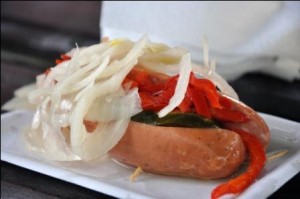 Buchteln or in Czech “Buchty” are traditional filled sweet buns made mainly by grandmas at countryside. Most popular fillings are plum jam, curd cheese and poppy seeds. Main character in almost every Czech fairytale packed these buns for his adventurous trip.