Cuisine of the Wallachian Kingdom

Wallachian Kingdom is a soubriquet for the Wallachian region in the eastern part of Moravia. This region is known for its beautiful hilly landscape, its folk architecture and mainly for its famous fruit cakes. 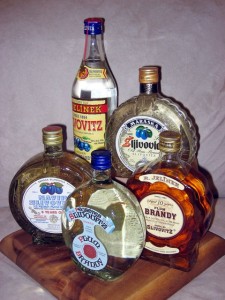 If there is an ingredient which could be considered universal for this region, it would most definitely be the plum. If you provide a local with sufficient amount of plums, he will prepare any meal from starters to desserts. And after he is finished, he would probably distil some slivovitz (slivovice).

Plums are the most plentiful fruit of the Wallachian region. It is no wonder then that our forefathers learned to make the best of it. Apart from the famous plum frgáls, which became a cultural heritage protected by the European Union quite recently, you can taste various plum sauces, plum butter, delicious dumplings with plum filling, baked plums in bacon and so on, but also, of course, the traditional Moravian spirit called slivovice (slíva is one of the Czech words for a plum).

Another typical representative of local cuisine is the traditional Wallachian cabbage soup called kyselica. The name is derived from the word kyselý which is the Czech for sour. Cabbage can be found across the whole area of Czech Republic and is one of the most important ingredients which, together with potatoes, is also a necessary ingredient for preparing really good kyselica.

This soup is so popular among housewives and cooks that there are competitions for the best kyselica in the region and it has been awarded as the best traditional dish of all Wallachia. The winner made this soup with rabbit meat and used a recipe she found in her grandmother’s closet. Traditionally, this soup is made with sauerkraut, potatoes, caraway and sour cream. The taste is then enriched by a Wallachian sausage or smoked meat and spiced with garlic and marjoram. 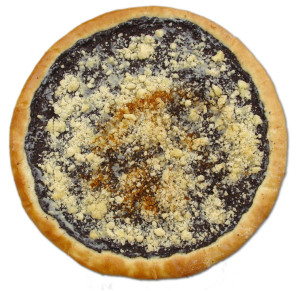 The famous Wallachian cake called Frgál is a type of sweet bread with rich fruit topping and streusel. The fruit used for frgáls comes, of course, from the local resources and these cake-like breads are usually made with plums, pears, blueberries or apples. As a variant to fruit we can have also walnut, poppy seed or curd cheese. If you cannot decide which one to choose, you can have variations of two or four different toppings on one large cake. It surely no surprise that frgál goes so well with coffee.

The region is also known for its cheese production by small farmers who make their products the old way in their own households, and for slivovice which has served as a universal cure and spirits raiser for generations. Local cuisine consists of food from people’s own resources and the range of fresh goods is quite diverse. Spending time in this region is not only delightful but, thanks to its landscape, vast forests, clean environment and tasty cuisine, also quite healthy.